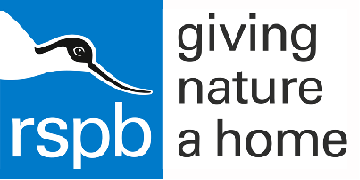 The RSPB is seeking a Deputy Director for Policy & Advocacy to lead our work to change the political and economic frameworks that drive the loss of biodiversity and to promote the solutions that will restore nature and respond to climate change.

In this role you would be an influential leader in shaping the public and political response to the nature and climate emergency.  Your work will involve leading teams that aim to stop damaging decisions, hold decision makers to account on their commitments and promote positive solutions to enable restoration at scale through policy, law, standards, plans and collaborations.

We are looking for a credible environmental leader, with strong political nous, able to build influential networks and coalitions across sectors. You will be able to see the big picture and understand the policy detail. With experience of leading people and facilitating teams, you will be an articulate and inspiring communicator for nature. You will facilitate multi-disciplinary teams and with colleagues from across the countries of UK and international teams, to create advocacy and influencing strategies and propositions that maximise our impact and align people and resources around shared priorities.

What we need from you:

If you would like to find out more, please click the apply button. You will be directed to our website to complete your application for this position.

The RSPB is an equal opportunities employer. This role is covered by/exempt from the Rehabilitation of Offenders Act 1974.

The RSPB (the Royal Society for the Protection of Birds) is a large, national charity dedicated to the conservation of birds and other wildlife and the environments on which they depend. Founded in 1889, the RSPB has more than a million members, over 2,000 employees and 13,500 volunteers. RSPB’s UK headquarters are in Bedfordshire and it has an annual income of nearly £133 million.

RSPB carries out conservation work in many different areas. It runs a network of 200 nature reserves covering almost 13,000 hectares, which are home to 80% of the UK’s rarest or most threatened bird species. It works with farmers to identify wildlife friendly farming methods, researches bird populations and partners with international conservation organisations.

RSPB is also an advocacy organisation, lobbying the government on diverse topics such as planning, wind farms and economics. It has a UK headquarters, three national offices and nine offices in the English regions. Its million-plus members, 200,000 of whom are youth members, make it the largest conservation organisation in the UK. RSPB also has 150 local groups and more than 80 youth groups. It has a volunteer to staff ratio of 6:1.

The charity was founded in Manchester in 1889 as the Plumage League (initially as a campaign against the killing of birds for the fashion industry). It received a Royal Charter in 1904, becoming the ‘Royal Society for the Protection of Birds’. RSPB moved to its present headquarters in Sandy, Bedfordshire, in 1961.

One of the RSPB’s most popular activities, carried out for children since 1979 and for adults since 2001, is the Big Garden Birdwatch. The Birdwatch is an annual data collection of bird populations that takes place every January. In 2016, 519,000 people were involved, counting over 8 million birds. The Birdwatch enables RSPB to build a picture of garden wildlife across the UK. It has shown, for instance, that the sparrow population has declined by 60% since 1979.

RSPB also urges supporters to ‘make a home for nature’ in their gardens. Activities include creating feeding stations and homes for hedgehogs, providing flowers and plants for moths, creating habitats for frogs and toads and forming safe corridors from one garden to the next.

RSPB is also a member of BirdLife International, a global partnership of conservation organisations that share common objectives.

RSPB is a major fundraising charity and spends around 90% of its income on conservation, public education and advocacy.