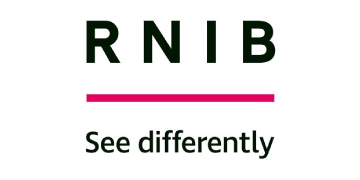 The Paid Social Media Manager is responsible for leading paid social media activity for RNIB, helping achieve its vision of a world without barriers for people with sight loss. Sat within the social media team and working closely with the Digital and Marketing teams, they will oversee all elements of paid social media activity from leading the social media marketing briefing process to working with stakeholders to create audience and data-led campaigns. They will manage a large campaign portfolio supporting all areas of our organisation, are data and audience driven and have experience of managing end-to-end social media campaigns and analysis.

Decision Making Responsibility: Decisions made will have an important impact on RNIB's reach, relevance, reputation and ability to deliver our business objectives. Needs to apply independent judgement and make decisions within area of expertise.

7.3 Out of hours rota shared with colleagues.

We may close this role before the end date if we receive sufficient number of applicants.

RNIB (the Royal National Institute of Blind People) is a large, national charity offering information, support and advice to two million blind and partially sighted people throughout the UK. Founded in 1868, RNIB has an annual income of more than £114m, over 1,700 employees and 4,800 volunteers. It is headquartered in London.

RNIB began life as in 1868 as the British and Foreign Blind Association for Improving the Embossed Literature of the Blind. It was founded by a partially sighted doctor, Thomas Rhodes Armitage. In 1949 the charity received a Royal Charter and, in 1953, changed its name to the Royal National Institute for the Blind. In 2002, RNIB became a membership organisation and changed its name again - to the Royal National Institute of Blind People, rather than for Blind People. Under RNIB’s Royal Charter and Bye-laws, the majority of its trustees must be blind or partially sighted.

One of the charity’s flagship services, Talking Books, began in 1935 and is still very popular. It gives access to 23,000 fiction and non-fiction books for adults and children. Subscribers can receive the books on a CD, USB stick, an app or mp3 format. They can also use RNIB’s digital download service or borrow from 22,000 braille books and 5,000 giant print books.

RNIB’s Helpline has been running since 1997. Callers through the Helpline can reach the charity’s advice and counselling teams. The Advice Service is able to give advice to blind and partially sighted people, carers, friends, relatives and organisations helping people with sight loss. Common issues include eye conditions, registering sight loss, employment, education and benefits.

RNIB’s Counselling Team is a small group of telephone and online counsellors who give people struggling with the onset of sight loss the opportunity to talk about their feelings and gain support. Calls or sessions are not charged.

RNIB is also an active campaigning charity. It has 8,000 campaign supporters and campaign staff stationed across the UK. Recent campaigns have concerned the new Personal Independence Payments and changes to Attendance Allowance. The charity also undertakes permanent campaigning on transport and retail accessibility and pavement obstructions.