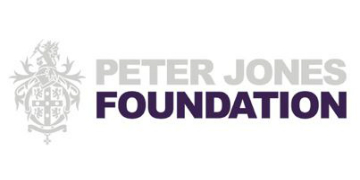 The Programme Officer will work across all aspects of the Foundation’s education programmes but with a particular focus on supporting the delivery of the Tycoon Enterprise Competition. The role will play an important part in ensuring the high-quality delivery of this programme as well as a real and demonstrable impact. Reporting into the Senior Programme Manager, the role will also work with the marketing and communications function to increase participation in Tycoon. In addition, the Programme Manager will work to ensure opportunities for corporate partners and the charity’s network of business founders are fully realised (e.g. through mentoring) and support the Senior Programme Manager with managing our network of schools and colleges delivering qualifications in business, enterprise and entrepreneurship.

The Peter Jones Foundation believes that everyone deserves a brighter future!

Founded in 2005 by Peter Jones CBE, the Foundation’s primary aim is to drive a society-wide revolution that encourages self-belief in individuals to think differently and to inspire the nation to make enterprising decisions about their future. The Foundation currently runs the following initiatives:

The Peter Jones Enterprise Academy, founded in 2009, set out to be a catalyst for cultural change by bringing the boardroom into the classroom. The Academy runs a national network of education providers who aim to equip future generations of entrepreneurs with the skills and mindset to run their own businesses, thereby supporting the future of the British economy. For more information about the Academy and its work, head to www.pjea.org

Tycoon in Schools is a nationwide campaign to get Britain’s school children involved in entrepreneurship. Launched in 2012, the competition gives school children a real opportunity to have a go at starting a business. Now in its second year, the competition has received backing from the Department for Business, Innovation and Skills, with a funding injection of £50,000 to help rollout the campaign and encourage more school children to take part. For more information about Tycoon in Schools, head to www.tycooninschools.com