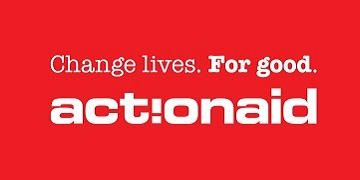 This is an exciting opportunity to join a passionate, inclusive and forward thinking organisation. As part of the ActionAid Federation, ActionAid UK (AAUK) works with women and girls, our partners and dedicated staff in 43 countries.

The role of Deputy Director of Individual Giving is a varied and high-profile role within AAUK. As a member of our leadership team you will oversee our Acquisition and Retention Teams, and work in an integrated way to deliver large cross-organisational projects and campaigns. You will create excellent supporter engagement and fundraising success that makes it possible for us to achieve our mission and deliver our strategy. You will understand the importance of a strong brand, and prioritising our values in our fundraising communications.

We are looking for a strategic thinker and a collaborative leader.  Someone committed to putting power in the hands of women and girls to tell their own compelling stories of change that will engage and inspire supporters.  You use insight and evidence to make decisions, and are innovative in your ideas and courageous in your approach.  You are also capable of bringing your team on a journey of change and development.

ActionAid is committed to supporting flexible working. If you would like to discuss flexible working options, including the possibility of a job share for this role, there will be space to do so during the interview process. ActionAid is committed to driving improvement through digital channels, tools and ways of working. We will ensure that we provide the technology and the training to enable all staff to perform their roles to the best of their abilities. In return, we ask that all staff are committed to continually improving their digital skills and knowledge within the working environment. Our recruitment processes will evaluate the digital skills of all applicants.

ActionAid UK is part of the international federation and almost all of the people and partners who run ActionAid programmes are from the developing world. This means its staff are on the ground, experiencing poverty at first hand. They see day-to-day how poverty affects people’s lives, and are uniquely placed to give a voice to the women and children who suffer most.

ActionAid’s work has several different components, unified by a commitment to place women and girls at the centre of its work. The charity aims to end hunger by giving millions of people in extreme poverty the skills they need to grow sustainable food, and campaigns to address the causes of hunger.

ActionAid also responds to emergencies and conflicts. It provided emergency assistance to more than 600,000 people in 2015 and trained nearly 46,000 others to protect lives and prepare for emergencies. In total the charity responded to 27 emergencies around the world last year.

Improving access to education is another facet of its mission. 59 million children, more than half of them girls, were out of school in 2013. ActionAid works with more than 5,000 schools across Africa, Asia and Latin America to help over a millions girls and boys get the free, quality education they are entitled to.

ActionAid also campaigns for tax justice, fairer wages and more effective aid which can tackle the roots causes of poverty. It estimates that poorer countries lose around $200 billion a year from tax dodging by companies.

ActionAid also supports selected UK employees to travel to host countries in order to gain first-hand experience of its in-country work. Frequent secondments, whereby employees work, for a period, in another department or different country in the federation, take place. The charity encourages job shares.