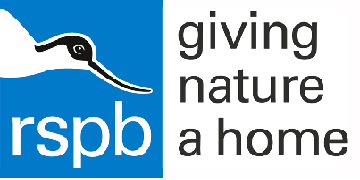 If you are looking for an exciting opportunity as the Senior Financial Accountant in an organisation that combines both charitable impact and a significant technical accounting role, the RSPB is the next step in your career.

Your key responsibilities will be:

The successful candidate will be a fully qualified accountant, with proven experience as a financial accountant and up to date technical knowledge, looking for their next step. You will be a supportive and solution based leader, with excellent communication skills and be proficient at leading change and continuous improvement, with the ability to influence at all levels for your function. You will have advanced knowledge of MS Excel and accounting software. You will also have the support of the Assistant Financial Accountant.

The RSPB is the largest nature conservation charity in the UK with over 1.2 million members, annual income of circa £140m and around 2,000 employees and 12,000 volunteers. We manage over 200 nature reserves in the UK and undertake a wide range of research, policy, advisory and educational activities both in the UK and internationally.

TO APPLY AND FOR MORE INFORMATION:

If you would like to find out more about this position and to apply, please click the Apply button to be directed to our website where you can download the role profile and application details.

The RSPB (the Royal Society for the Protection of Birds) is a large, national charity dedicated to the conservation of birds and other wildlife and the environments on which they depend. Founded in 1889, the RSPB has more than a million members, over 2,000 employees and 13,500 volunteers. RSPB’s UK headquarters are in Bedfordshire and it has an annual income of nearly £133 million.

RSPB carries out conservation work in many different areas. It runs a network of 200 nature reserves covering almost 13,000 hectares, which are home to 80% of the UK’s rarest or most threatened bird species. It works with farmers to identify wildlife friendly farming methods, researches bird populations and partners with international conservation organisations.

RSPB is also an advocacy organisation, lobbying the government on diverse topics such as planning, wind farms and economics. It has a UK headquarters, three national offices and nine offices in the English regions. Its million-plus members, 200,000 of whom are youth members, make it the largest conservation organisation in the UK. RSPB also has 150 local groups and more than 80 youth groups. It has a volunteer to staff ratio of 6:1.

The charity was founded in Manchester in 1889 as the Plumage League (initially as a campaign against the killing of birds for the fashion industry). It received a Royal Charter in 1904, becoming the ‘Royal Society for the Protection of Birds’. RSPB moved to its present headquarters in Sandy, Bedfordshire, in 1961.

One of the RSPB’s most popular activities, carried out for children since 1979 and for adults since 2001, is the Big Garden Birdwatch. The Birdwatch is an annual data collection of bird populations that takes place every January. In 2016, 519,000 people were involved, counting over 8 million birds. The Birdwatch enables RSPB to build a picture of garden wildlife across the UK. It has shown, for instance, that the sparrow population has declined by 60% since 1979.

RSPB also urges supporters to ‘make a home for nature’ in their gardens. Activities include creating feeding stations and homes for hedgehogs, providing flowers and plants for moths, creating habitats for frogs and toads and forming safe corridors from one garden to the next.

RSPB is also a member of BirdLife International, a global partnership of conservation organisations that share common objectives.

RSPB is a major fundraising charity and spends around 90% of its income on conservation, public education and advocacy.