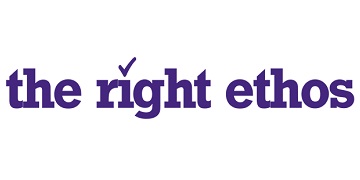 We’re delighted to announce an exciting opportunity to lead the group's work against all forms of animal abuse and promote cruelty-free living by becoming their Director.

Since 1977, they have campaigned peacefully with an impressive range of tangible campaign successes. These include changing the behaviours and policies of central and local government, supermarkets, shops, slaughterhouses and the racing industry.

Candidates should have a good knowledge of, and commitment to, animal rights issues and the current campaigns. You must be a vegan and committed to the objectives of the organisation and be in tune with the charity's ethical stance and outlook.

The Director must be a leader who is ambitious to take the organisation forward in a compassionate way – caring not only about animals but also the people that they look to bring along with them – the staff, the supporters and all stakeholders involved in making the campaign successful.

The Director must be a superb communicator who is empathetic, some who can unify all those involved behind the work of the organisation.

The Director will have a background of success in developing strategies and of implementing the resulting activities. S/he will also be someone who is committed to fairness.

The Director will be responsible for leading the staff of 18, supported by a General Manager and Heads of Campaigns, Education, Fundraising and Merchandise.

The Director will be required to work the majority of their week at the Tonbridge office in future, though in light of Covid-19, the role may initially involve home-working. The office is a 6 mins walk from the station, which is 32 mins train ride from London Bridge.

The main duties will include:

The Society is an equal opportunities employer, and welcome applications from all candidates who have the required skills and experience, regardless of age, disability, sex, gender reassignment, sexual orientation, pregnancy, race, religion or belief and marital status.

The Right Ethos is dedicated to external affairs recruitment in the non-profit sector. Our personal service ensures that we are able to match the right candidates with the right opportunities. We make recruiting easier and more efficient, providing the highest quality and best suited candidates.

Roles we specialise in include:

The Right Ethos was founded by Jonathan Dearth, our Director, who worked in the campaigning sector for 13 years, for organisations including Amnesty International, Shelter, Liberty and the World Development Movement. Jonathan’s expertise allowed him to identify the key facets of recruiting and apply them to his knowledge of campaigning and communications.

The Right Ethos was set up to recognise that people who work for campaigning organisations are motivated by justice and long term change. This motivation is what we regard as having the right ethos for working for our clients.

“The ability to effectively generate change requires a particular kind of person. A person motivated by justice, committed, persistent and resilient when under pressure. A person who doesn’t give up and believes in the causes they are campaigning for. A person with The Right Ethos.”

We see ourselves as an extension of the non-profit sector. We identify our client’s objectives and we are motivated by the challenge of providing the best person for their roles.
Our team offers a personal and flexible service working closely with our clients, and guiding our candidates throughout the recruitment process. With over 30 years’ combined experience in the charity external affairs sector, our team has the expertise and passion to make your recruitment story a successful one.