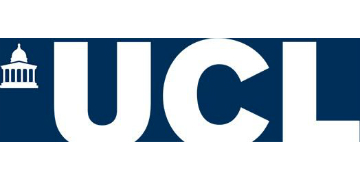 We are UCL: a diverse community with the freedom to challenge and think differently. From climate change to plastic pollution, infant mortality to social inequality, the world is facing huge challenges and we’re determined to solve them.

In September 2016 UCL launched It’s All Academic, one of Europe’s most ambitious Philanthropy and Engagement Campaigns. The next academic year will be pivotal as we approach the end of the Campaign and the transition of President & Provost in early 2021. We are seeking an exceptional candidate to lead the Communications Team into the next phase of advancement at UCL.

The successful candidate will be a proven Communications leader with a demonstrable track record in the sector. You will be a strategic thinker with excellent project management skills, and the ability to confidently represent OVPA and UCL across internal and external stakeholder groups, often managing competing interests. Most importantly, you will be a strong and inspiring people manager, and a supportive and encouraging colleague in our fast paced, highly skilled office, willing to work collaboratively towards our common goals.

We are a team of exceptionally ambitious, creative and passionate individuals who work together to achieve remarkable things with a global impact, and we would love for you to be part of this exciting journey and our success.

We are happy to consider applications from candidates seeking part-time opportunities (minimum 0.8 FTE – equivalent of 4 days per week, stated salary to be pro-rata).

We know that our people are our greatest asset and in return we provide an empowering environment where your development is invested in. We offer agile working and flexibility around working hours.

UCL is an outstanding place to work. We welcome people from all backgrounds and strive to create an environment where everyone is encouraged to give their best in a place where their unique experiences and skills are seen as valuable assets. You will be entitled to a generous pension scheme and holiday allowance.

Applicants should apply online. To access further details about the position and how to apply please click on the ‘Apply’ button above.

Latest time for the submission of applications: 23:59.

We particularly welcome applications from black and minority ethnic candidates as they are under-represented within UCL at this level.

We will consider applications to work on a part-time, flexible and job share basis wherever possible.

UCL (University College London) is a public university based in central London. Ranked as one of the top ten universities in the world, UCL is also the top-rated UK university for research strength. It has over 12,000 members of staff (840 professors and more than 6,000 academic and research staff) and nearly 36,000 students. UCL has the largest number of postgraduate students of any UK university.

UCL was founded in 1826 by followers of the philosopher Jeremy Bentham. In 1878 it became the first university in England to admit women on equal terms with men. UCL is a founding constituent of the University of London though it awards its own degrees and has separate governance. UCL is affiliated to prominent London teaching hospitals such as the University College London NHS Foundation Trust, the Royal Free London NHS Foundation Trust, Moorfields Eye Hospital and Great Ormond Street Children’s Hospital.

Nobel Prizes have been awarded to 29 people who are, or were, students or academics at UCL. Famous alumni include Gandhi, Alexander Graham Bell, Francis Crick, athlete Christine Ohuruogu and film director Christopher Nolan.

UCL is a founder member of the Russell Group, an association of 24 public research universities in the UK which first convened in 1994.

Just over half of the nearly 36,000-strong UCL student community are engaged in graduate studies and around a third of graduate students are pursuing research degrees. Students from 150 countries study at UCL and non-UK students make up more than one third of the student body. UCL also has two campuses overseas – in Adelaide in Australia and Doha in Qatar.

UCL also manages several museums and collections including the Petrie Museum of Egyptian Archaeology, the Grant Museum of Zoology and an Art Museum.  It owns the 547 seat Bloomsbury Theatre which is currently closed until 2018.

According to a 2013 UCL staff survey, 83% of UCL staff would recommend the university as a good place to work. Employee benefits include 41 days annual leave, inclusive of public holidays and closure days.